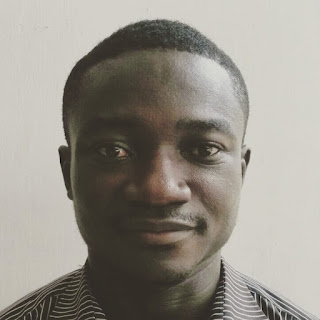 I got hold of the microphone, cleared my throat to ensure my voice comes out clear and I humbly started, ” he was a very good and responsible father. He did his best possible to get me through college. His colleagues liked his sense of judgement, so they came to him for advice and also helped them settle difficult matters. He served his community well too. I know a few instances where the community relied on him to push certain agenda through. He was a man of integrity, hardworking and disciplined. May his soul rest in Perfect Peace.
This is how I described my father, and I’m sure anyone present would have something to say about him if given the chance. Before men, the houses you built and the money you had would be the talk of, but before God, all that is vanity. In the end, it is not the years you lived, instead, what you did in those years. So the age range written in your obituary bill, say 1985-2017, indicating when you were born and when you died wouldn’t matter, rather the dash between is the ultimate. The dash represents whatever you did while living.

When you were young, were you that adorable child your parents trusted?
How often did you run errands for the aged? A lot of us got so many “thank you” from people because we were obedient. we gave helping hands to the aged and any person in need. Others made the worst name as early as when they were 10 years. They were stubborn than the word itself. Did your mum ever say she regrets giving birth to you? You see, the pain mothers go through during delivery at the maternity ward is too enormous. At a point, they feel like giving up, but the pride in having a child, makes her resolve to go through the last pain ending her nine-month journey to give birth to you. A lot of children have gotten their mothers disappointed and they cry when they see them. Many others have shined and have brought honour to their mothers. When she hears of their achievement and the honour, she smiles, breathes deeply and says ” it wasn’t easy, but it was worthy it “.

What have you done with your life ?Are you that known Playboy in your neighbourhood every lady curses whenever they hear your name? Or are you that disciplined young boy or lady everyone wishes to settle down with?
When you are married, did you become a good couple? How many times did your partner tell you that you are his or her lucky bet. ? what about your children, were you responsible for them?
Were you that litigant living in the part of the community, whom no one dares offend because you didn’t know what forgiveness was? Don’t forget people read your attitude and behaviour towards others. How many people have you put smiles on their faces and how many others have you frustrated?
Be mindful of how you live your life, everything you do or say may count and people may identify you by how you react towards them. What is your relationship with God like? Do you live a pure Christian life or you are a mere churchgoer

It is appointed for man to die once and after that, judgment. The dash between the day of your birth and death will speak for you on the day of reckoning. Where will you spend eternity?
Do something splendid, something heroic, that when you are gone, people won’t forget about you. Be a positive influence on people.
From the day you were born to now, what does the dash between entails?
Do what is right and hold onto it.

pazionglobalnews.com is a credible website that seeks to sensitize, conscientize, inform, educate and entertain. The owner of this website is an approachable, pragmatic and sharp-witted graduate who is always conscious of his environment, and he is dedicated to giving meaningful and well-informed information. He believes that service to humanity is our greatest task on earth. Contact:[email protected]
Previous LACK OF COMMON SENSE, THE SUFFERING OF MANY.
Next HOW AFRICANS HAVE MISCONSTRUED THE MEANING OF EDUCATION.

Why stress your partner? You have a mental problem if you do this after fifteen years of marriage.

Addictions you need to reduce/stop in 2022

Ladies, don’t waste your youth on drama. Powerful advice that should be your guide to walk by in 2022-Anerl

Your mother-in-law is not your friend – Counsellor Lutterodt

Counsellor Lutterodt The seemingly never-ending feud between mothers-in-law and daughters-in-law is as old as history. …