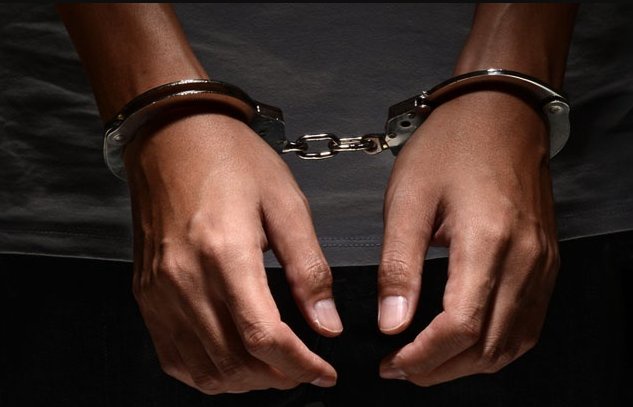 A 26-year-old level 400 student of the University of Professional Studies (UPSA) has been arrested by the Akyem-Oda police for threatening to kill all his family members.

According to JoyNews sources, Benjamin Asihene claims he is being bewitched by his family.

He threatened them when he chased them out of their two-storey building at Akyem Oda with a pistol.

Public Relations Officer (PRO) of the Eastern Regional Police Command, DSP Ebenezer Tetteh, who confirmed his arrest, said his team was alerted of the incident on Monday dawn.

“At about 12:48 am, police had information about a man armed with a pistol on a storey building in Oda town threatening to shoot people at the scene around the total filling station.

“Police saw a bare-chested young man wielding a black pistol and standing on the corridor of the last floor of the two-storey family house in Oda.

“He was said to have threatened to kill all his family members. So the family members vacated and called for help,” the Police said.

According to him, the suspect succumbed by removing the magazine and dropping the pistol after the police fired several warning shots.

DSP Tetteh said he refused to come down unless he saw his girlfriend, a fetish priest and his sister living in Accra.

He, however, walked down after one of his brothers persuaded him.

DSP Tetteh said preliminary investigations indicate that the suspect came from Accra six months ago and has since not returned to school.

The police PRO stated the suspect will be likely sent to a psychiatry after family members claimed he had been suffering from unstable mental condition.

pazionglobalnews.com is a credible website that seeks to sensitize, conscientize, inform, educate and entertain. The owner of this website is an approachable, pragmatic and sharp-witted graduate who is always conscious of his environment, and he is dedicated to giving meaningful and well-informed information. He believes that service to humanity is our greatest task on earth. Contact:[email protected]
Previous Ashaiman notorious robbers clash with Ghana police and engage in serious gun fight
Next I got my first feelings from my stepmother underwear – A young man narrates